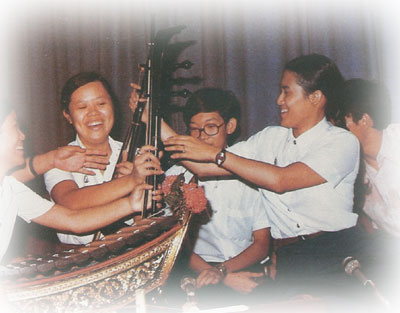 When Her Royal Highness Princess Maha Chakri Sirindhorn studied for her first degree in the Faculty of Arts, Chulalongkorn University, she joined Thai Classical Music Clubs of both the Faculty and the University. She primarily played a treble fiddle while also studying other musical instruments such as an alto fiddle, a zither, and a flute. Besides, she was also interested to learn singing Thai classical songs. 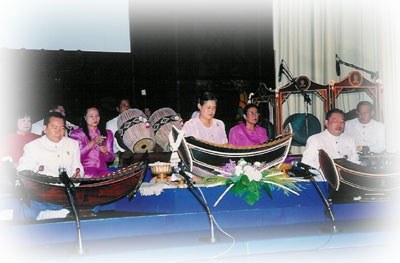 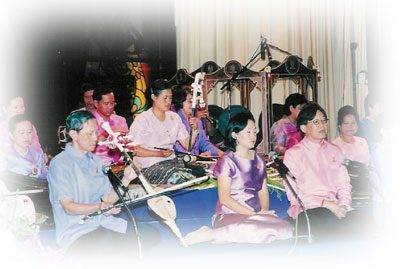 Gamelans were one of the prime musical instruments Her Royal Highness Princess Maha Chakri Sirindhorn enjoyed playing since she was young. She afterwards decided to study a treble gamelan properly in 1985. During that time, she always played the Thai classical instruments at Plai Nern Villa, Klong Toey District, which was the residence of the Late Prince Narisara Nuwattiwongse. At this Villa, Her Royal Highness practised the gamelan properly. It has never been known to the public that she studied a treble gamelan until 1986 when Chiang Mai University hosted the University Thai Classical Music Concert XVII where Her Royal Highness made her treble gamelan debut. In this event, she performed with many Thai classical music masters. 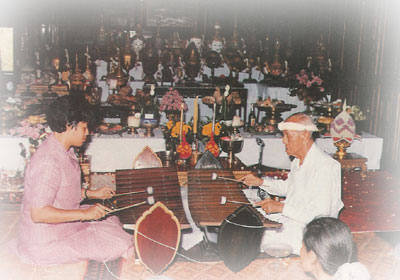 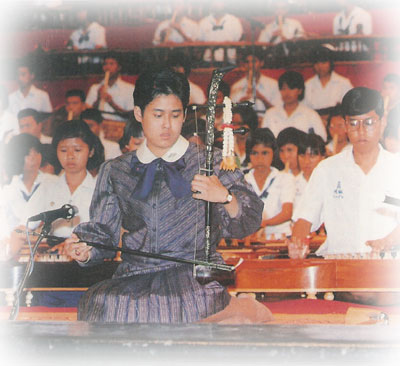 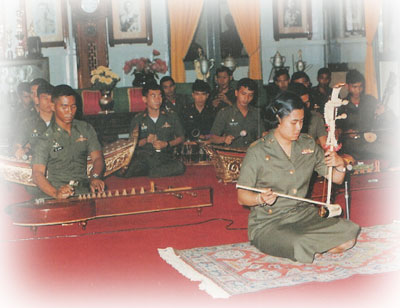 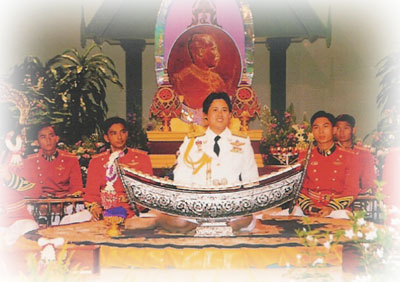 Her Royal Highness Princess Maha Chakri Sirindhorn did not only study Thai classical music, but she also studied western music. She learned playing piano when she was ten years old. Two years later, however, she asked permission of Her Majesty Queen Sirikit to study French instead of piano.

In 1973, while Her Royal Highness Princess Maha Chakri Sirindhorn visited Brussels, Belgium, she went to the Museum of Music for the first time. She thought that this museum was well-organized — there were descriptions of the displayed musical instruments. The Museum also published a book thoroughly giving details about the displayed musical instruments. This completely educated and gave good impression to the audience. After that, Her Royal Highness visited many other museums of music. She used to express her wish to see a Museum of Music in Thailand for providing information about the national art to the public as well.